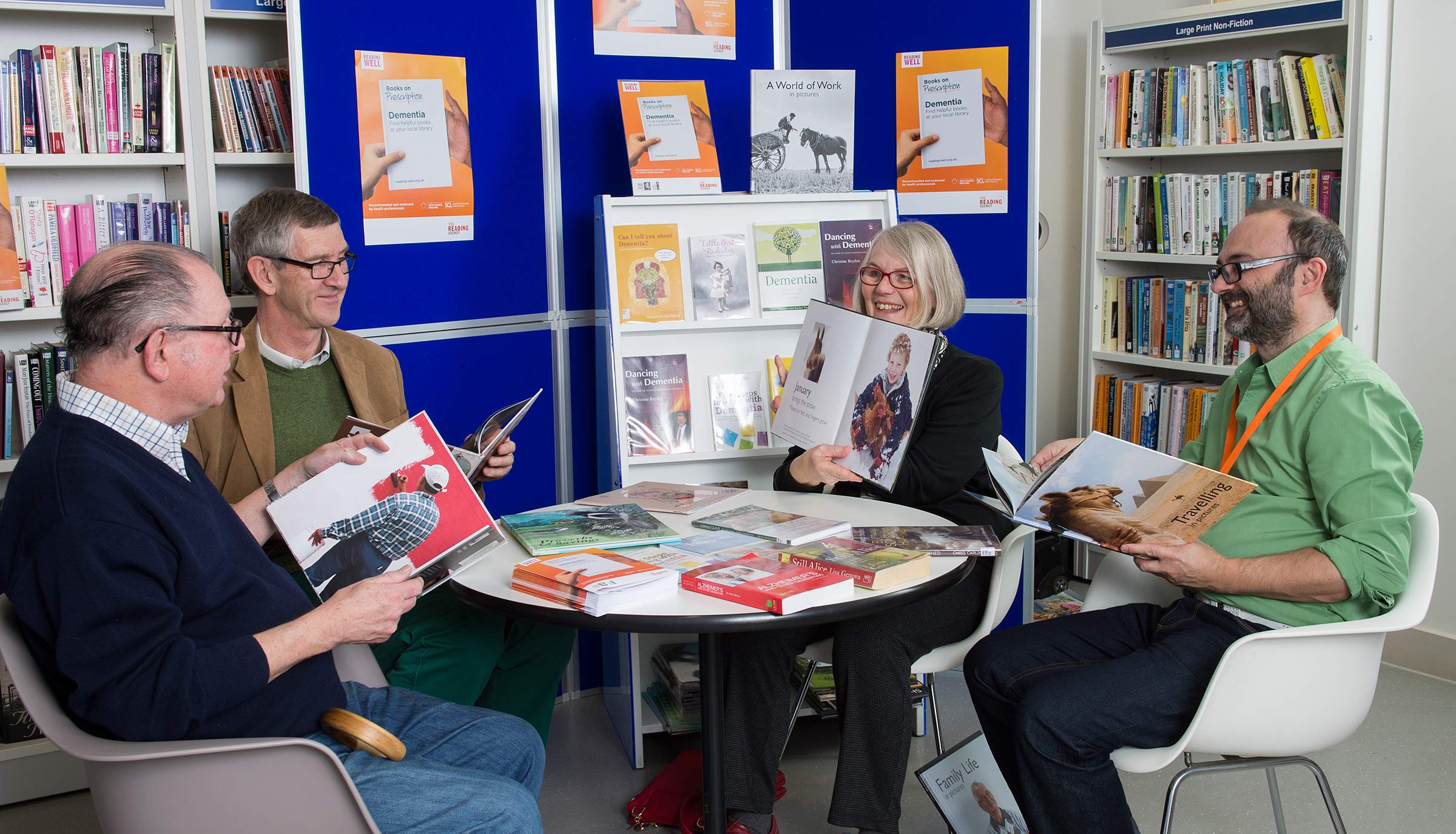 Research released today by the Alzheimer’s Society shows that many people are in the dark about dementia: almost 1 in 4 people surveyed thought that receiving a dementia diagnosis would mean they would instantly have to stop going out for a walk on their own.

Common myths about dementia may be why over half of people are putting off seeking a diagnosis for up to a year or more. That’s why it’s so important to raise awareness about the reality of living with dementia.

Dementia Awareness Week, run by the Alzheimer’s Society, is between 14 and 20 May and this year the call to action is unity: too many people are facing dementia alone, so collaboration is vital for improving access to support.

How libraries can help

Reading Well Books on Prescription for dementia is available throughout the year at libraries across England, providing a list of 25 titles, recommended by health professionals as well as people with lived experience. Aimed at people with dementia or their carers, the books provide information and advice, support with living well after diagnosis, practical support for carers and personal stories.

The Public Library Universal Dementia Offer sits beneath the Universal Public Library Health Offer as a national strategy to raise public awareness and help people with dementia and their carers to understand and live with dementia, access appropriate support, engage in therapeutic activity, and remain independent, active and engaged for as long as possible.

Throughout Dementia Awareness Week libraries across England, Wales and Northern Ireland are highlighting their dementia services by hosting events including Dementia Friends sessions, reminiscence workshops, memory cafes, and shared reading groups for people with dementia and their carers. Visit the Alzheimer’s Society website for a list of Dementia Awareness Week events.

Libraries can bring reading and nature together, perfect ...

The Power of Reading: how books can help to tackle life’s challenges

Ensuring that everyone can feel the positive impacts of r...