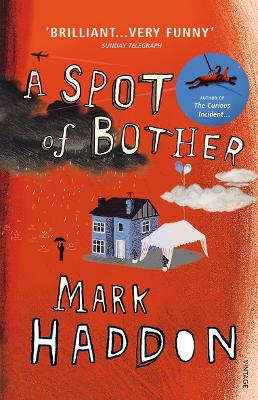 A Spot of Bother

At 57, George Hall is settling down to a retirement. Then Katie, his daughter, announces that she is getting remarried, to Ray. Her brother Jamie observes that Ray has ’strangler’s hands’. This book features a portrait of a dignified man trying to go insane politely. It also talks about the people who fall apart and come together as a family.

A spot of bother. Mark Haddon.

There were very differing opinions about this book amongst the reading group, mainly over the question of humour. Some found it extremely funny (though more in the writing style than the subjects discussed); others saw no humour in it at all.

Arising out of the book, we discussed the way that children are brought up, and the merits and demerits of too much leniency; and we talked about weddings as a focus for family arguments and dramas.

Criticisms of the narrative were that it was overly melodramatic; that George’s attitude to his son’s sexual orientation was old-fashioned; and the characters were silly, dysfunctional, or pathetic.

Positive comments were that the book was heart-warming its depiction of a family who started off as separate, inward-looking individuals and gradually began to think about each other; that various characters (particularly the little boy and the initially unwelcome son-in-law) were very convincing; and that the book was attempting a discussion of the recognition of clinical depression.