Reading Well Mood-boosting Books is a national promotion of uplifting titles, including novels, poetry and non-fiction. The books are all recommended by readers and reading groups. 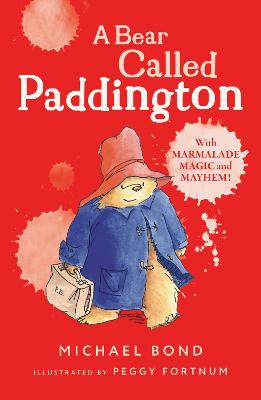 The original story of Paddington Bear. The Browns first meet Paddington on a railway station – Paddington station, in fact. He has traveled all the way from Darkest Peru with only a jar of marmalade, a suitcase and his hat. The Browns soon find that Paddington is a very unusual bear. Ordinary things – like having a bath, travelling underground or going to the seaside become quite extraordinary, if a bear called Paddington is involved.

“Puts a smile on your face, whatever your age.”
- Quote from young person from Essex Libraries

its a brilliant book

Resources for: Chosen by young people (2017)