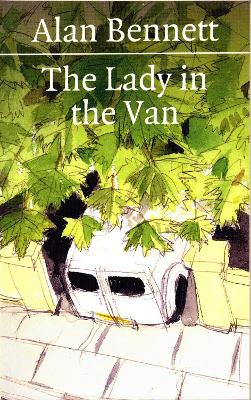 The Lady in the Van

Alan Bennett is the author of Writing Home, The Madness of George III, Talking Heads, The Clothes They Stood Up In and much else besides.

Miss Shepherd lived in a Robin Reliant opposite Bennett’s house in Camden Town. After a series of attacks on her van, he suggested she move, with her van, to his front drive. Initially reluctant, she agreed – and Bennett landed himself a tenancy that went on for fifteen years.

The Lady in the Van is probably Alan Bennett’s best-known work of non-fiction, and follows his other little blockbuster The Clothes They Stood Up In.

True story of Miss Shepard is informative and insightful with brilliant narration.