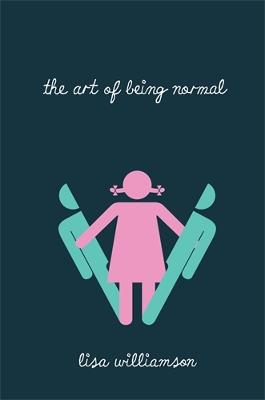 The Art of Being Normal

The debut novel from an outstanding new voice in YA fiction, that is not only immensely readable and compelling but also deals with a very current issue.

Two boys. Two secrets. David Piper has always been an outsider. His parents think he’s gay. The school bully thinks he’s a freak. Only his two best friends know the real truth – David wants to be a girl. On the first day at his new school Leo Denton has one goal – to be invisible. Attracting the attention of the most beautiful girl in year 11 is definitely not part of that plan. When Leo stands up for David in a fight, an unlikely friendship forms. But things are about to get messy. Because at Eden Park School secrets have a funny habit of not staying secret for long.

I really liked this book because it shows that you can be whoever you want to be. My favourite character was David/Kate because she was very resilient and in the end she got what she wanted. My favourite parts were the Christmas ball at the end because it showed how many people supported Kate and Leo, and at the very end when Alicia apologised and they started again. I also liked David’s dog. I would definitely recommend this book.